Soot and other aerosols from biomass burning can influence regional and global weather and climate because it influences radiation, clouds, and precipitation. PhD student Lixia Liu in the Minerva Research Group led by Yafang Cheng at the Max Planck Institute of Chemistry in Mainz and her colleagues studied how this affects the Amazon Basin during the dry season. While there are many different interactions between biomass burning aerosols and climate, they found that they overall lead to fewer and weaker rain events in the Amazon rainforest.

In the Amazon rainforest, the dry season typically lasts from July to October. During this time, there are often many fires, both from deforestation and agricultural practices. When trees, shrubs or other biomass burns, it produces soot, also known as Black Carbon, and a lighter variety of particles called Brown Carbon. These particles are transported high into the atmosphere.

Black and Brown Carbon are aerosols, that is, particles suspended in the air. As such they can scatter and absorb sunlight. This in turn can trigger changes in the energy budget at the surface. Scientists refer to these processes as aerosol-radiation interactions (ARIs). But these aerosols can also act as seeds for cloud formation, called cloud condensation nuclei. This affects the number of cloud droplets in the atmosphere, which may influence a range of atmospheric processes, including the cloud formation itself. These processes are called aerosol-cloud interactions (ACIs).

Analyzing their effects in the Amazon

ARIs and ACIs may overlap or counterbalance each other. Lixia Liu and her colleagues now wanted to disentangle the two processes to figure out how they affect the regional climate individually and compare their relative significance at different biomass burning emission intensities. To do so, they used computer simulations, in which they could simulate different scenarios with or without the ARIs.

However, in all scenarios adding aerosols from biomass burning to the atmosphere resulted in less rain in the region. ACIs play an important role in it, especially with low and moderate biomass burning. Through acting as cloud condensation nuclei, biomass burning aerosols lead to more, but smaller cloud droplets. This slows down the cloud formation process and therefore thwarts rain formation. But ARIs amplify this and would even overrun the ACIs at high biomass burning emission because the soot particles absorb sunlight and thus warm the atmosphere and dimming the surface. This reduces atmospheric convection, which would lead to the afternoon rainstorms that are so typical for the tropics. With reduced convection, it is less likely to rain.

Climate change and the loss of forests due to deforestation already lead to drier and more prolonged Amazonian dry seasons. These effects from biomass burning threaten to further amplify droughts in the Amazon rainforest. 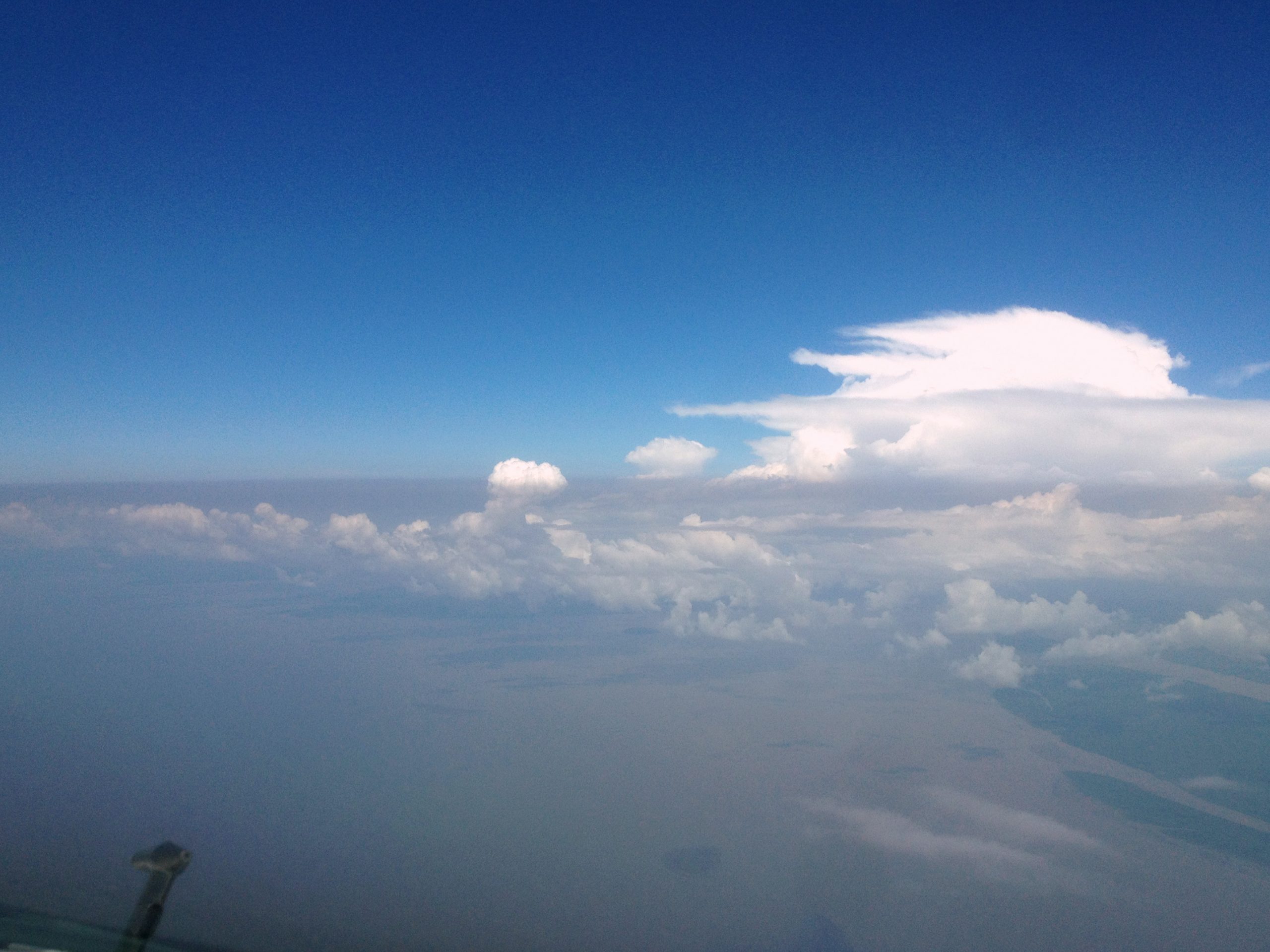