Floodplains in the Amazon

Recently we mentioned that drowned trees along the Uatumã River a likely the cause for enhanced methane emissions measured at ATTO. Now Angélica Resende and her co-authors investigated how changes in flooding regimes impact tree mortality in floodplains. So they compared two sites in the Amazon basin.

Along the Jaú River, the floodplain environment is still largely undisturbed. Along the Uatumã near ATTO, on the other hand, the flooding regime has been altered by the implementation of the Balbina hydroelectric plant further upstream. The construction of the dam flooded an area of 2,400 km2 of native forest. In addition, river levels have increased by circa 1 m over the last 116 years across the Amazon basin.

At both sites, the team studied the long-lived tree species Eschweilera tenuifolia. It belongs to the Brazil-nut family and is commonly known as macacarecuia in Brazil. This tree species is characteristic of Amazonian black-water ﬂoodplain forests called igapó. They are well adapted to be seasonally flooded for up to 10 months per year. But they do require short dry periods. E. tenuifolia grows very slowly, producing very hard, sturdy wood. And they can  live very long, too. The trees studied were all almost 500 years old on average. The oldest tree the team sampled was even estimated to be over 800 years old!

Well-adapted but not invincible

The team found that along the Uatumã River, massive tree mortality affected the igapó forest after the construction of the Balbina dam began. Of all analyzed dead trees, only 1 out of 10 trees had died prior to the start of Balbina dam construction, while all others died afterward. Nowadays, dead stands comprise 12% of the area of igapó up to 120 km downstream of the dam.

In the undisturbed forest along the Jaú River, the team only found some sparse tree mortality. This seems to coincide with big climatic events that affect the water cycle of the region. Such events include La Niña events, essentially the opposite of the much more talked about El Niño. La Niña events led to prolonged flooding periods in the Amazon basin, which might have caused the mortality here.

In short, we have to conclude that the well-adapted igapó forests are still sensitive to long-lasting dry and wet periods. This includes both climatic events and anthropogenic disturbances. When both coincide, as in the case along the Uatumã River near ATTO, tree mortality in floodplains will increase. The existing igapó forest will slowly go extinct. It will force Eschweilera tenuifolia trees and other inhabitants of the habitat to occupy higher floodplain elevations.

Resende and her team from the INPA in Manaus are part of a group that has been studying the Amazonian wetlands for decades. They published this new study “Flood-pulse disturbances as a threat for long-living Amazonian trees” in the New Phytologist (Open Access). 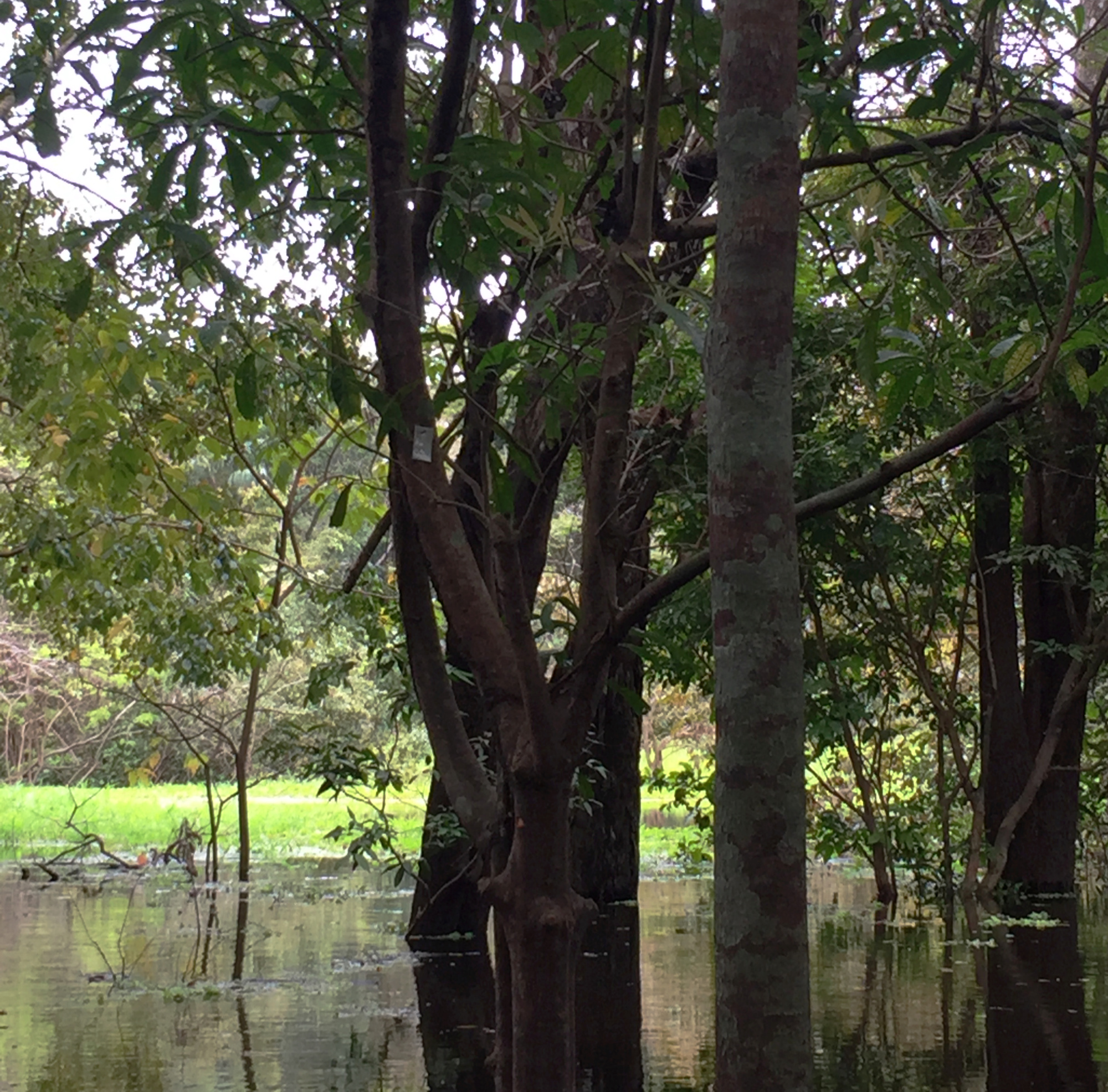