On today’s International Women in Science Day, we want to shine the spotlight on the incredible women in our project. Sue, Samara and Mira tell their inspiring stories of why they wanted to become scientists. They share memories of teachers, parents, books and childlike curiosity. They also talk about how they got to where they are today, and what it took to have successful careers as women in science. 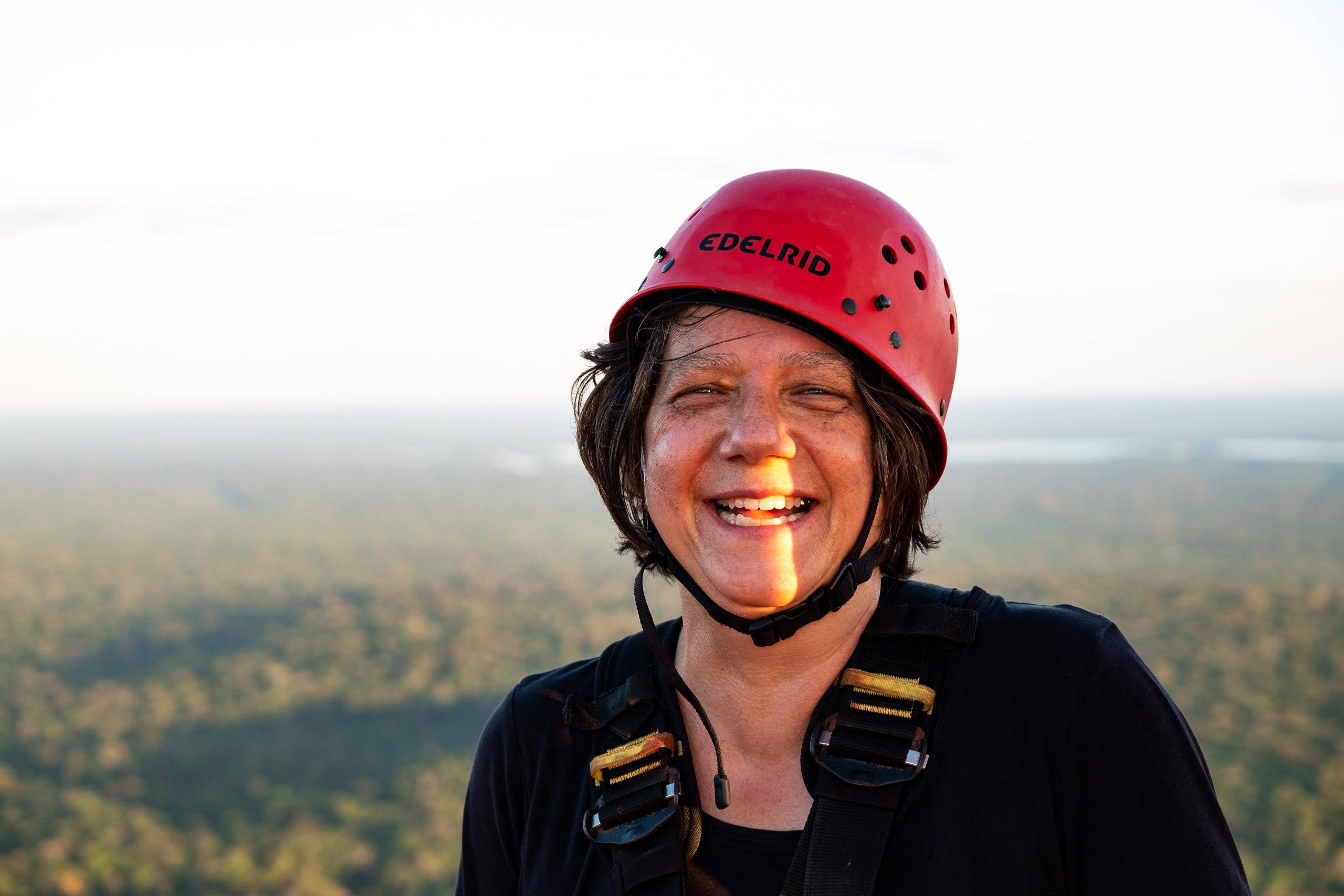 As a child, I loved to read natural history books and really wanted to travel to all the exotic places in the books. My PhD advisor, Wally Broecker, supported my desires to travel the oceans and the world. This let me be among the first women to go on research vessels, and ultimately to study the age of carbon in soils using radiocarbon dating methods. Finally, I was able to travel the world to collect samples!

As a child, I loved to read natural history books and really wanted to travel to all the exotic places in the books. My father, a chemistry professor, would always tell us at the dinner table about what he discovered in the lab that day. So I knew that science was an exciting endeavor. My mother, a research librarian, wanted me to do all of the things she felt were not possible for women of her generation. Both of my parents were politically active, including efforts to limit the testing of nuclear weapons in the atmosphere.

One teacher or can make all the difference. For me, there were three. Mr. Harrison taught Earth Science in our public high school. He challenged us to look at a rock and imagine its history. Unlike my other classes, where I could get by on memorization skills, this required critical thinking, which I found more challenging. In high school, there were very few girls who took math or science courses beyond what was required. I was one of three Susans in our advanced calculus class. The boys made fun of us, but we got the highest grades on the exams and no one could doubt our abilities.

John Wehmiller taught geochemistry at the University of Delaware. In his class, I learned about stable isotopes. I was fascinated that stable isotopes in a fossil could tell a story about past climate and that radioactive isotopes can tell its age. I fell in love with isotopes and have worked with them ever since.

When I was in graduate school in the 1980’s, it was becoming clear that there was a strong link between climate and carbon dioxide concentrations in the atmosphere. As someone who was strongly influenced by the environmental movement, I wanted to work on earth science problems related to this. My PhD advisor, Wally Broecker, supported my desires to travel the oceans and the world. He allowed me time to explore the many facets of isotopes and tracers as a PhD student. This led first to research in ocean gas exchange and circulation. And it let me be among the first women to go on research vessels. Ultimately to decided to study the age of carbon in soils using radiocarbon dating methods. Finally, I was able to travel the world to collect samples!

Many years later, I am still fascinated by the many applications of isotope tools, from climate to ecological systems. As part of the research at ATTO, I am able to revisit sites me and my co-coordinator Beto Quesada sampled in the past. We study how radiocarbon produced in the nuclear weapons tests of my childhood were distributed in vegetation and soils over the following five decades. For me, the fact that ATTO brings together scientists from many disciplines and countries makes it a special research opportunity. 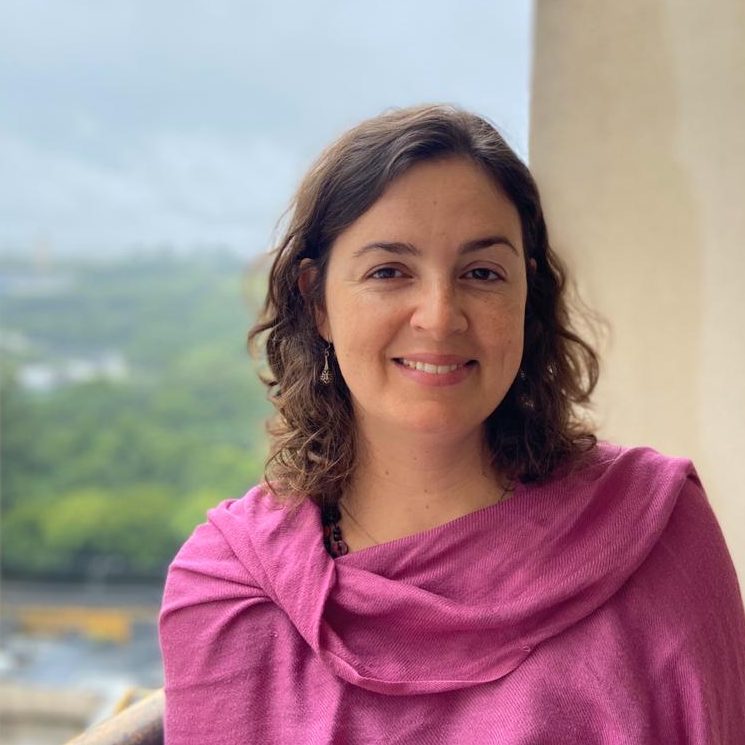 When I was just 9 years old I read about the ozone hole in the paper. My father taught me oxygen atoms and UV radiation. This sparked my passion for science. I grew up and became an atmospheric scientist and a professor. The opportunity to teach, and hopefully to impact students positively, is delightful and gratifying.

When I was 9 years old the Rio de Janeiro Earth Summit (Rio-92) took place in Brazil. In the newspaper, I read something about a hole in the ozone layer. During the traditional Sunday barbecue, I asked my father what the ozone layer and this hole were. Being a Chemical Technician at the time, so he knew about the periodic table of the elements and other things that fascinated me. He explained about atoms and how 3 oxygen atoms would bound together to form an ozone molecule. He continued that this was responsible for protecting the planet against the UV radiation and that this is why the so-called ‘ozone hole’ could be harmful to us. That was precisely the moment when my passion for the atmosphere was born and I decided to become a scientist.

I grew up and followed my dream. I spent many years researching about the ozone layer, tropospheric ozone, and anthropogenic aerosol particle. Only a few years ago, I started to study biogenic aerosol particles and met the lovely ATTO community through a postdoctoral position. My research now is mainly related to the identification of the chemical composition of aerosol particles in the atmosphere. I want to answer questions such as „Where do they come from?“, „How were they formed?“ and „What is the history those particles carry along?“

My path here was not always smooth and easy. I had to tackle gender equity, or sometimes the lack of it. As a female scientist, I have constantly been surrounded by male colleagues, bosses and teachers. There have been times when I felt they did not take my thoughts and ideas seriously. Nevertheless, living in Finland for almost 6 years and being in touch with some strong women (colleagues in majority from Finland, USA and Brazil) throughout my scientific career has inspired me and made me move from fear to fearlessness.

My dream of becoming an atmospheric scientist came true. However, something was still missing. Recently, I started teaching as an Adjunct Professor. I realized that this had been the missing link. The opportunity to teach, and hopefully to impact students positively, is delightful and gratifying. Combining science and education makes me feel I can go further. Perhaps, that is only a naïve feeling, but it keeps me alive. 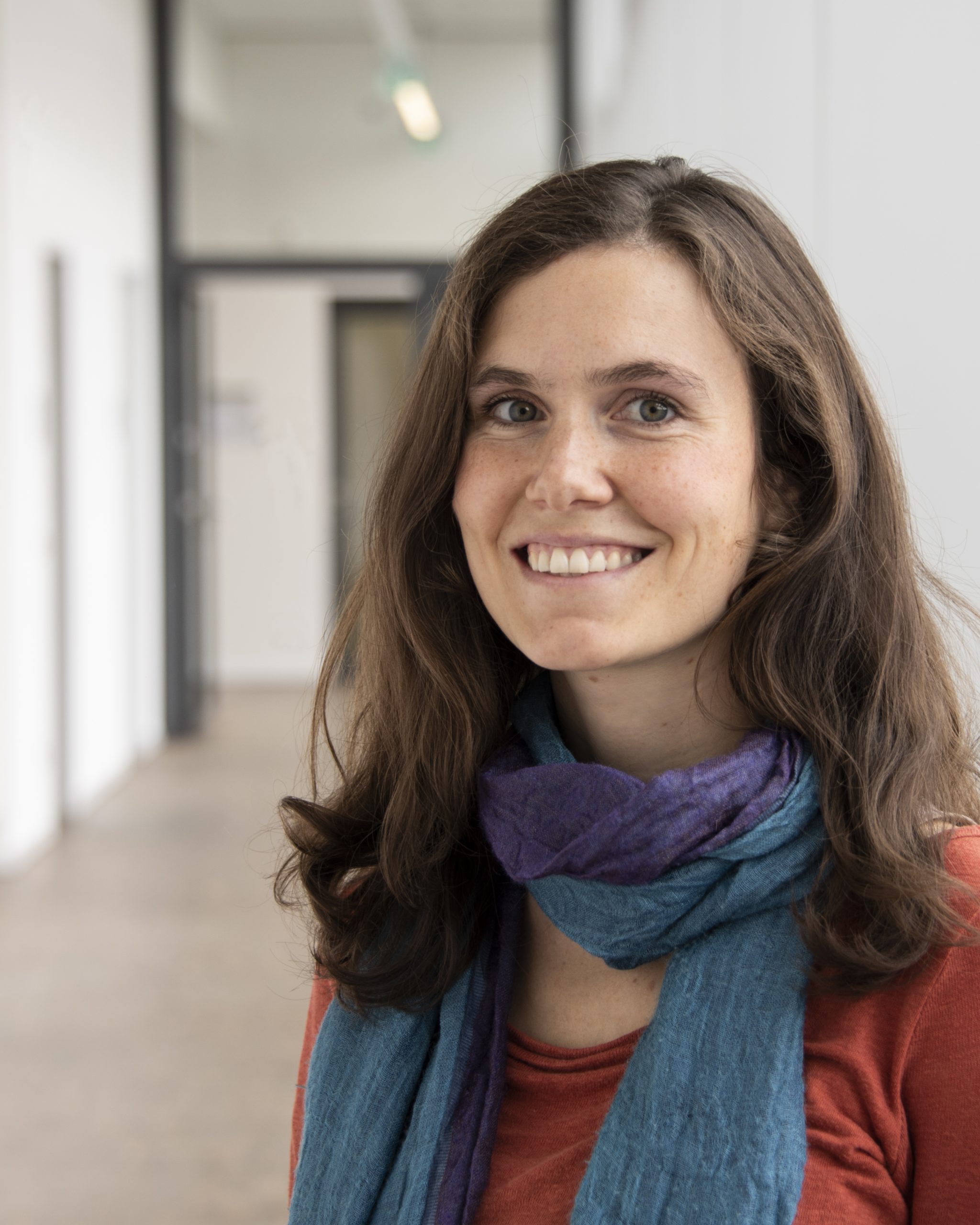 I was always fascinated with time travel, even as a child. This was the reason I wanted to study physics. Now I get to work at ATTO and with HALO and measure clean air similar to preindustrial times – almost like traveling back in time! My life turned out different from what I imagined as a kid dreaming of time machines, but I’m very happy about where I am today.

I was always fascinated with time travel, even as a child. This was the reason I wanted to study physics. At the Johannes Gutenberg University in Mainz, most of my classmates were male. Yet I did not feel like a minority as a woman studying physics. After my diploma, I was looking for something exciting. With the ATTO and HALO projects at the Max Planck Institute for Chemistry, I found exactly that.

When I was younger, in the time before my PhD, there were times in my life when I was discriminated against as a woman. But I never experienced such behavior from confident scientists. Since starting my PhD student, I was fortunate. I always worked alongside strong, confident scientists, who support my work. I notice that sometimes, people from outside tend to give credit to the results of my work to my boss or colleagues, but together we make sure to correct such misunderstandings.

Today I lead a research team investigating so-called aerosols. They are tiny particles in the air and affect the formation of clouds and precipitation. We combine the aerosol measurements at different places on earth with models and satellite data. With that, we can bring the measured results in the bigger context of climate change and Earth system science. One of the most important regions where we perform these studies is the Amazon rainforest.

ATTO is a unique place to study aerosols and clouds at different levels of pollution and different altitudes in the atmosphere. During two measurement campaigns, the ACRIDICON-CHUVA 2014 and CAFÉ-BRAZIL 2020, we are complementing the ground-based research at ATTO by airborne measurements using the German High Altitude Long-Range Research Aircraft HALO also operating over the Amazon in collaboration with Brazilian and German partners. I study polluted air with large anthropogenic influence from regional biomass burning, local emissions from megacities, and other sources. But I can also measure clean air similar to preindustrial times. Therefore, working at ATTO and with HALO is like time travel for me, and I don’t even need a time machine for that!

Now I am 31 years old and my life looks much different from what the kid dreaming of time machines imagined. I am successful in my career as a scientist, but I also have a husband and two children. But that’s a good thing because it turns out that my family life and my job fit very well together. So I am planning to stay in science and hope to become a professor down the road!

All blog posts
Back to home