EGU 2019 is shining a light on Amazon research. Jošt Lavrič, Beto Quesada, Alessandro Araújo and Matthias Sörgel are chairing a session titled „Intact Amazon forest – a natural laboratory of global significance“. We‘re excited that, in addition to many of our ATTO team members, scientists from a variety of other projects will participate in the session. It is going to be a very diverse and exciting, with lots of possibilities to share knowledge and extend our network. It will take place on Friday, 12 April.

Here is an overview of ATTO presentations in the EGU 2019 session on Amazon research (check the session program for all presentations):

ATTO presentations in other session

We want to share with you some news about an exciting project that developed over the last few weeks. Back in November, we had some very special visitors to our site. We had invited teachers from four near-by communities of indigenous people along the Uatumã River to ATTO. Representatives of the Secretary of Education of Presidente Figueiredo, the municipality to which these communities belong, joined them on this visit. This was a fantastic opportunity to get to know our neighbors in the forest better, to tell them about our research and show them the observatory. Afterwards, we discussed over lunch how we can best collaborate in the future.

One of the outcomes was to arrange for our team to engage the youth in those communities. So, over the last two weeks, some of our scientists visited these local schools and presented our research. Prior, most students and residents hadn’t known much about our work and were amazed by everything they saw and heard. Some teachers have already asked about the possibility of further developing this partnership. One such option is to create school projects with an environmental focus associated with our research at ATTO. Additionally, we had a visit from the coordinator of the Sustainable Development Reserve Uatumã. He was impressed with the project and would like to expand the interaction to the other schools in the reserve.

We are very excited about this development. And we hope these visits will not only serve as a way to inform the whole community about our work but also spark curiosity for science among the children.

Impressions from the visits

Recently, Eva Pfannerstill and her team wanted to find out how Amazonian plants react to ecological stresses, such as heat and drought. They wondered if they release more VOCs in such a situation. To do that, they compared data from November 2012 and 2015. 2012 was a pretty “normal” year without any significant temperature or precipitation anomaly. 2015, on the other hand, was influenced by a particularly strong El Nino. It brought extremely hot temperatures and severe drought to the region. However, the scientists were surprised to find that overall emissions were pretty much the same in the two years. But they did discover a different distribution over the day. In the El Nino year, the plants emitted most VOCs during the sunset hour. In the  “normal” year the peak was at noon. They attribute this unexpected discovery to more turbulent winds associated with the high temperatures. These transport the VOCs higher, above the forest canopy to the instrument.

The study was published in Frontiers in Forest and Global Change, Issue 18 under the title “Total OH Reactivity Changes Over the Amazon Rainforest During an El Niño Event” by Pfannerstill et al. and is available Open Access.

You have probably heard a lot about air pollution recently, be it because of the massive wildfires in California, smog in India or the diesel emission scandal in Germany. So let’s look into air pollution in the Amazon. Most air pollutants are actually aerosols. Identifying these aerosols and their chemical composition can help us understand where they come from and to what extent certain regions are affected by air pollutions. That is exactly what Li Wu and co-authors did in their new study in the Amazon rainforest.

They collected and analyzed aerosols in two locations: the city of Manaus, a large urban area in Brazil, and the ATTO site in the heart of the forest. The samples were collected during the wet season when ATTO is mainly influenced by air masses from the Atlantic and is located upwind from Manaus. And indeed they found that at ATTO the aerosols are mostly of organic origin, emitted by the forest itself. Additionally, they could identify mineral dust and sea-salt particles. In contrast, they frequently found soot, fly ash and particles containing heavy metals in the samples in Manaus. These are most likely produced by human activities. The good news is that such anthropogenic particles are still largely absent from the atmosphere over the rainforest, showing us that pristine wilderness regions do still exist. That is, at least during the wet season when the winds blow in the “right” direction.

The scientists published the study in Atmospheric Chemistry and Physics (ACP) and is available Open Access here.

The AGU Fall Meeting 2018 is approaching fast. Before you all finish up your schedules, we want to draw your attention to the presentations from our ATTO team!

This year’s AGU Fall Meeting takes place from December 10 – 14 at the Convention Center in Washington D.C. Hope to see you all there! If you can’t make it to AGU, be sure to follow us on Social Media to get a glimpse into the conference and ATTO’s presence there.

#NewPublication: Our team developed a new technique to measure spore emissions from single fungi. They found that their test species at ATTO released most spores at night 🌙 and at high humidity 💦. Look at that! 🎥 https://t.co/YQ6uFB9pgW #OpenAccess in @EGU_Atmos https://t.co/VKOXoSkcGR
View on Twitter
0
0
ATTO - Amazon Tall Tower Observatory @ATTOresearch

To reduce the load @copernicus_org suggests if your surname (family name) starts A-K submit between now and 15.00 CET

These however are just a suggestion from Copernicus.
View on Twitter
17
0
ATTO - Amazon Tall Tower Observatory Retweeted · EGU @EuroGeosciences

Abstract deadline for #EGU20 has now been EXTENDED until tomorrow morning at 9am CET (please don't wait until then to process).
View on Twitter
88
0
ATTO - Amazon Tall Tower Observatory Retweeted · Filipe França @FilipeEco

Looking for a new #postdoc that will contribute to the research and conservation of the Brazilian Amazon?
You should have a quick chat with @joice1ferreira2 about this 2-year position in @RAS_network group in Brazil. #AmazonRainforest #EcosystemServices #Biodiversity https://t.co/jVRMXAhwTN
View on Twitter
9
0
ATTO - Amazon Tall Tower Observatory Retweeted · SENSE Centre for Doctoral Training @EoCdt 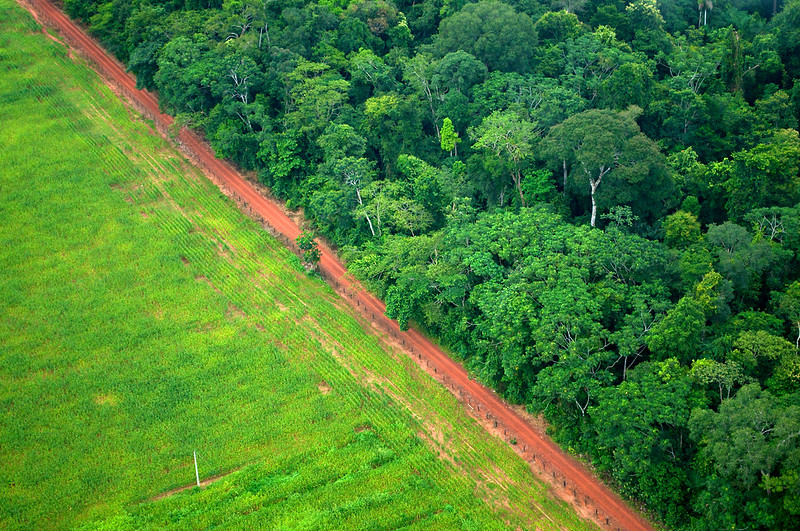 Fungi such as this release lots of spores, as can
In the tropics, like in the Amazon, the sun☀️
Happy New Year, everyone! This is our #2019bestnin
The final ATTO newsletter was just released! Head
Load more... Follow us on Instagram